Seamaster ApS sells and supports a number of the most recognized brands such as Marport, Sonic Kaijo Denki, Wesmar and KNS.

We perform service and repair on a large number of products within
marine electronics.

We repair and sell used equipment and products as an essential part of our business.

Since 1999, Seamaster has helped our customers in Maritime Electronics for ships. Our specialty is the sale of new products as well as repair and service of Radar, Sonar offshore internet / data and a number of other maritime

We offer products from reputable manufacturers of marine electronics such as. Sonic Kaijo Denki, KNS and Wesmar. If you need new systems or services for eg sonar, echo sounder or satellite solutions, contact us and hear about the possibilities. We continuously optimize our solutions and we guarantee high performance, whether it is satellite TV at sea or catch control. 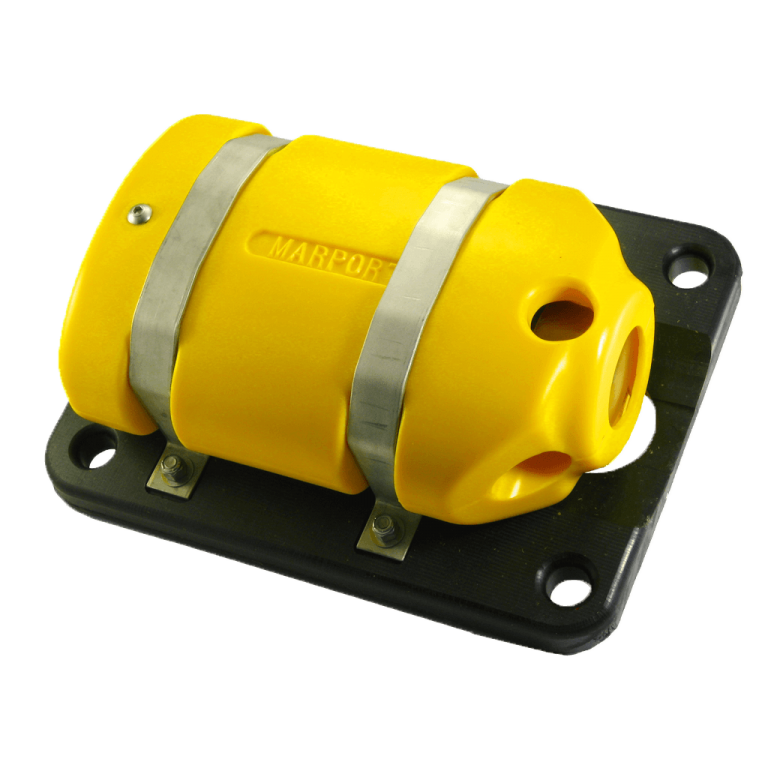 Sonar is an abbreviation of SOund NAvigation and Ranging and is a technique where you use an acoustic impulse to track and determine distance and direction, to objects in the sea. A modern advanced sonar is a fixed part of marine electronics and navigation equipment on most ships.

The equipment is often used to find shoals of fish and in military applications the sonar is essential when submarines and other vessels are to be tracked. The sonar was intensely developed during World War II, as Allied forces were able to locate enemy submarines.

Today, commercial fishermen and shipowners have access to the advanced marine technologies, which are based on the sonar and its historical development. A sonar is a type of boat electronics that emits signals and impulses of so-called ultrasound. The sonar then picks up the same sound impulses when they are reflected from objects in the sea. In practice, you see sonar data on a screen that shows the section of the sea in which you emit sounds (pings). If the sound is reflected, then you see the object on the screen, and the image is updated each time a new reflection is received.

How it is used

The signals (echo) that the sonar picks up can be further processed by a computer on the ship, and if the object is moving, its speed and movement can be determined using the Doppler effect. The echo from the sonar is set up or down a bit depending on whether the object moves away from or approaches the sound source in the sonar. The marine electronics used to determine the position and speed of a school of fish are today at an advanced stage. Accurate measurements can therefore be obtained, which can be crucial for fishing boats and other vessels. In the old days, the precursor to the sonar was used, which was the so-called hydrophone. The hydrophone can only pick up signals from objects in the water, and therefore does not provide the same information as the sonar.

An echo sounder is actually a sonar system, but in practice it is a simpler solution there primarily measures sea depth and indicates shoals of fish under the ship.

Using satellite antennas, it is possible to achieve a robust and reliable internet and TV connection at sea. At Seamaster, we primarily supply SATCOM products from KNS.

Screenshot of the sonar information 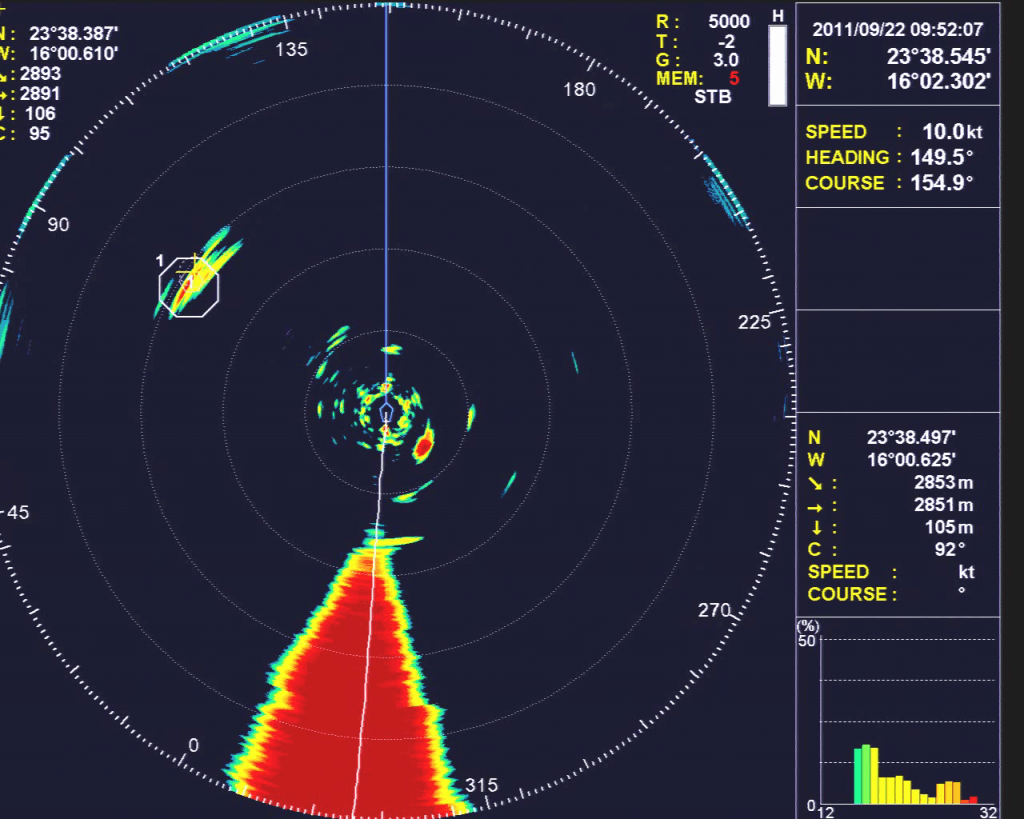 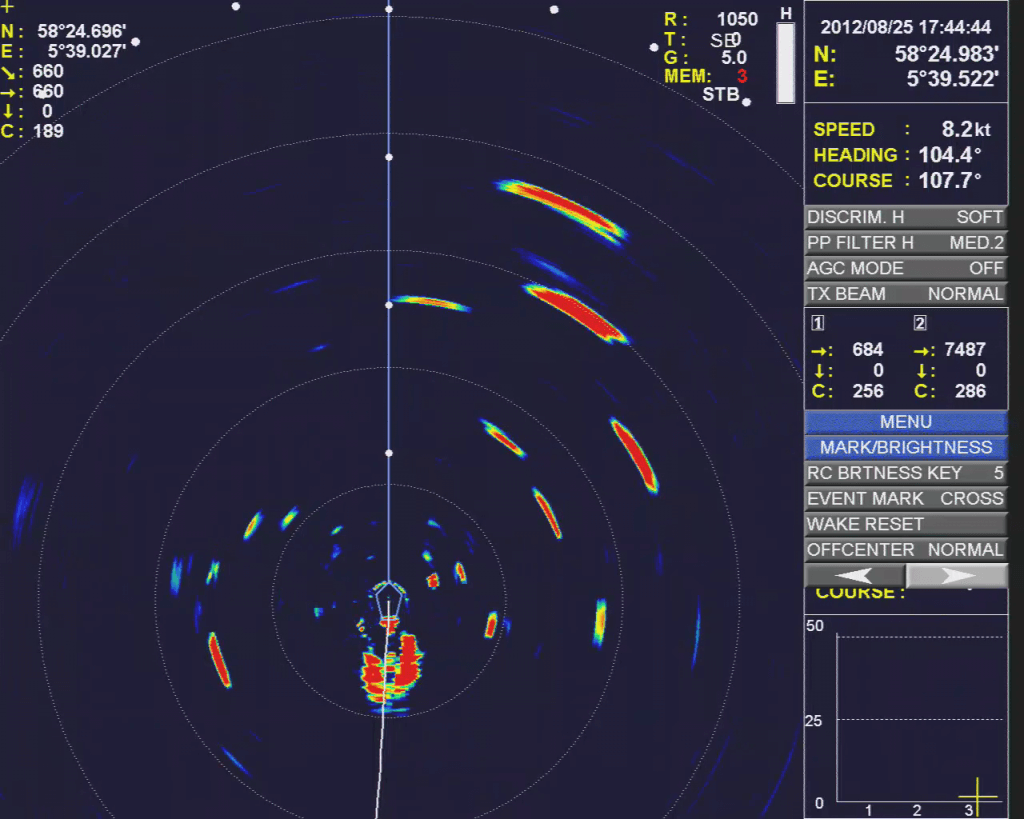 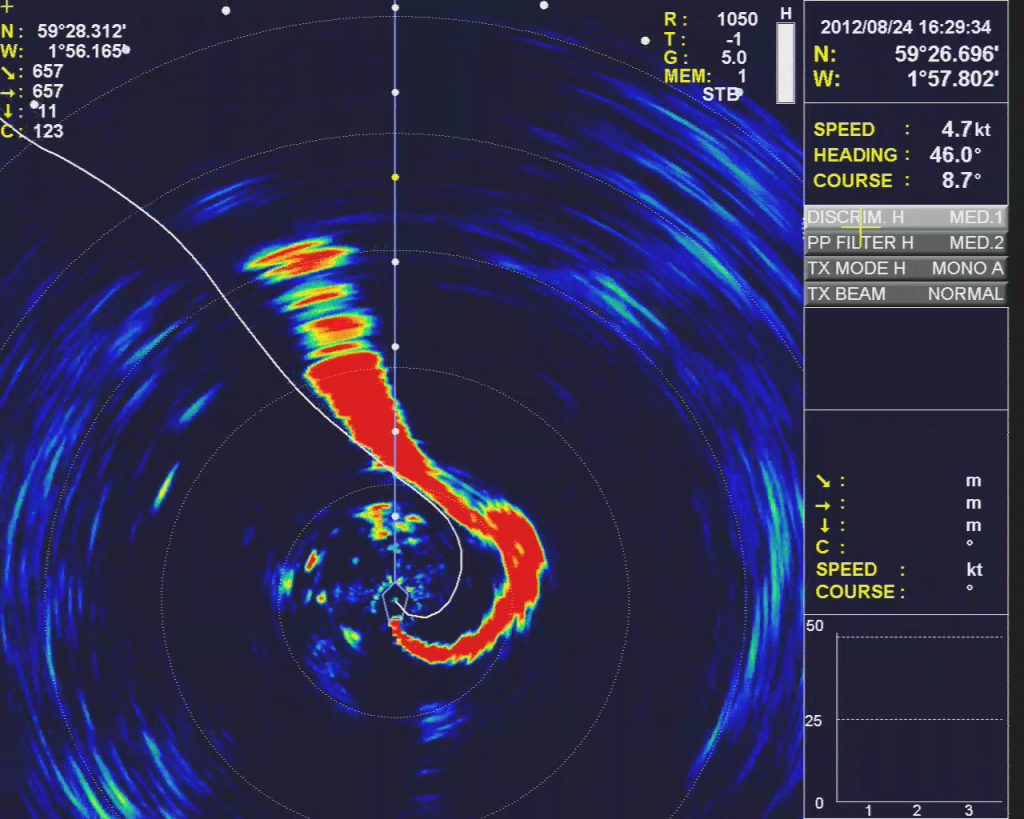 A selection of our other products

Internet, TV and telephony at sea with a KNS
antenna.

Internet, TV and telephony at sea with a KNS
antenna.

Marport door sensors which measures parameters on the blades.

Marport door sensors which measures parameters on the blades. 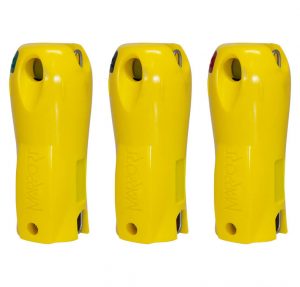 Get online support through Teamviewer no matter where in the world you are.

Back to the top
We use cookies to improve the user experience on the website. We assume that it's ok with you, but you always have the option to disable all unnecessary cookies under Cookie settings

Cookies that are not necessary for the website to function and which are used specifically to collect the user's personal data via analyzes, advertisements and other embedded content, are referred to as non-necessary cookies. It is mandatory for us to obtain the user's consent before these cookies are run on your browser.